In 978 AD Aelthelred II (966 – 1013)  inherited the throne at the age of 12 from his popular half brother Edward (962 – 978) was murdered.  After several decades of relative peace, sensing weakness the opportunistic Danish raids began on the English coast in the 980’s. Aelthelreds mother Aelfthryth was herself born in Lydford and at that time Lydford was a thriving, wealthy fortified town.

In 997 the vikings came to Devon. They began in Cornwall in the spring, then headed north to attack the coast of southern Wales before moving east to Watchet in Somerset, where they stayed for longer than was usual. Some time around August they embarked again and sailed around lands end and along the english channel and then landed at the mouth of the Tamar where Plymouth is now. Catching everyone by surprise and unprepared their raid was extremely succesful and they continued up the Tamar Valley.

A.D. 997 . This year went the army about Devonshire into Severn-mouth, and equally plundered the people of Cornwall, North-Wales(50), and Devon. Then went they up at Watchet, and there much evil wrought in burning and manslaughter. Afterwards they coasted back about Penwithstert on the south side, and, turning into the mouth of the Tamer, went up till they came to Liddyford, burning and slaying everything that they met. Moreover, Ordulf’s minster at Tavistock they burned to the ground, and brought to their ships incalculable plunder. This year Archbishop Elfric went to Rome after his staff. 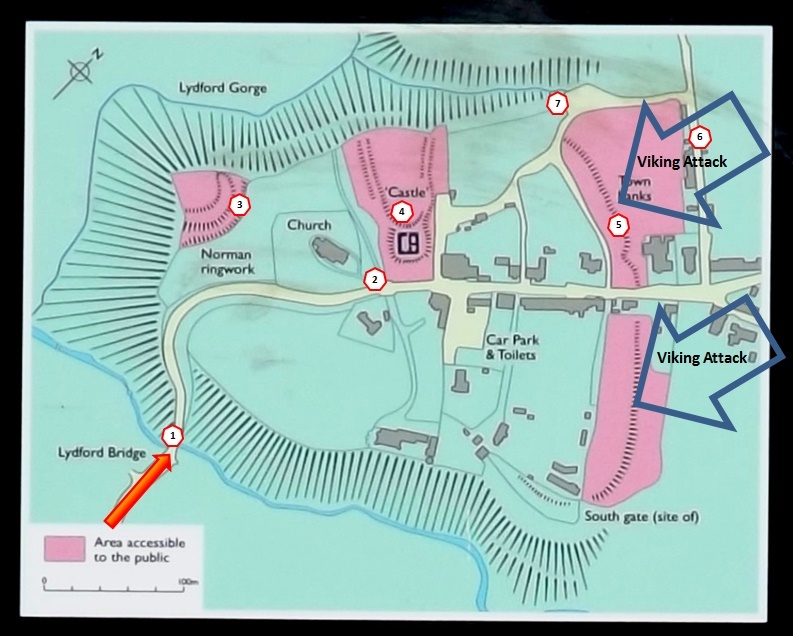 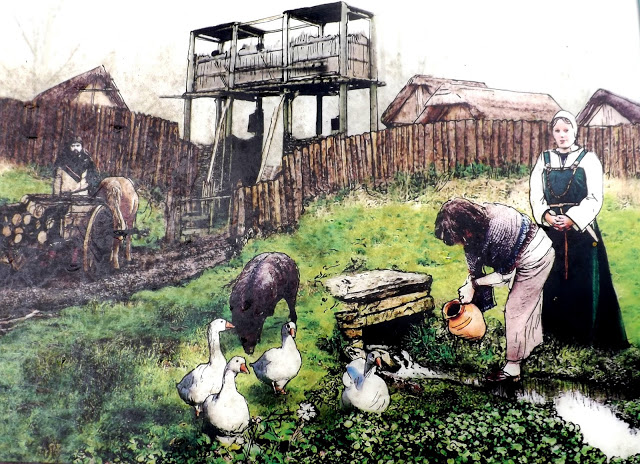 The Anglo-Saxon Chronicle does not state that Lydford was captured by the Vikings in that attack, and John Allan (2002) has stated that the lack of a break, at that date, in the coin-minting activity at Lydford suggests that the Vikings did not gain access into Lydford. That Lydford-Viking battle of AD 997 is commemorated by a Roadside Plaque, showing a Danish axe on a Saxon shield, at the southern entrance to the Saxon town area (a little way down the hill) and by a Viking-style Runic Stone carved, from local granite, in the field next to the Castle. The plaque was made by a Lydford resident, John Luttman, in 1990, and the Runic Stone was set up in AD 1997 as part of the commemorative 1000th anniversary of the Viking attack, but this time in the presence of a group of peaceful and welcomed Danish visitors.