Lydford Gorge is 1.5 mile  (2.4km) long gorge which forms one of the natural physical defenses of Lydford. It is  deepest river gorge in the South West and It was formed by a process called River Capture where the start of a nearby river eroded backwards until its origin intersected with the Lyd diverting its course into the second channel. It also has a spectacular 30m (100ft) waterfall known as the ‘white lady’ which is the longest in Devon.

Lydford Gorge has been owned by the National Trust since 1947. It is an extremely popular attraction with good parking, a coffee shop, childrens play area and great walks. As well as the Waterfall there is also a series of whirlpools also known as ‘Devil’s Cauldron’.

There is a long circular walk which allows you to visit ‘Devils Cauldron’ and the ‘White Lady’ waterfall and there also a shorter walk by the second entrance for those who wish to just see the Waterfall. 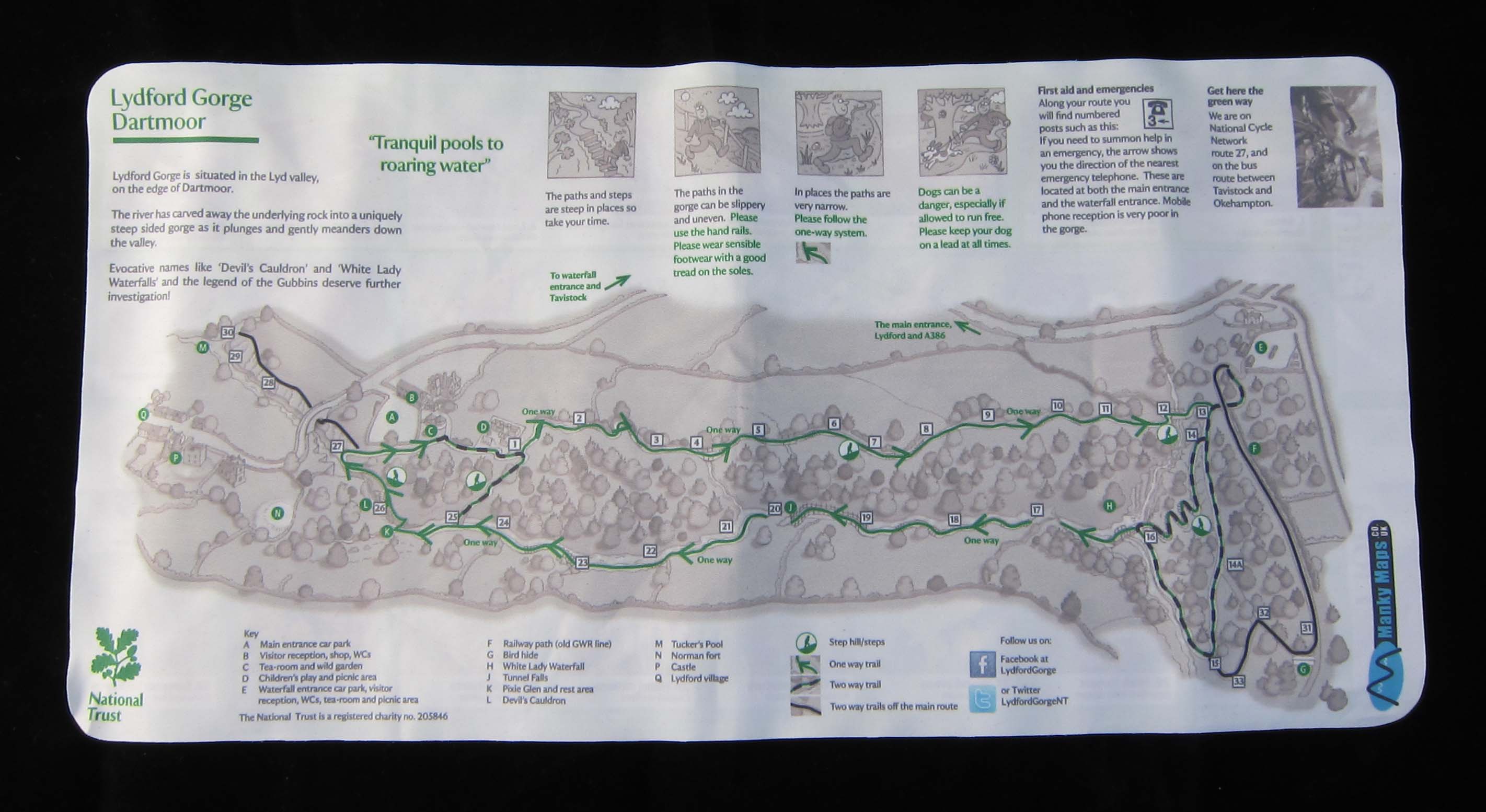